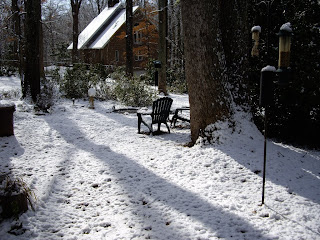 
There were lots of Martins. The earliest I saw was a 1943. Most were in good, playable condition. D-18's and D-28's abounded. I know less about the 6 string market than I do about the 12-string market. It seemed that pretty nice sounding D-18s from the 40's and 50's were offered for mid 2,000 to maybe upper 3,000 (all prices USD). Martin itself had a booth with some special edition guitars. I think their D-18 was listed for more that some of the older Martins. To my ear, they sounded pretty similar. The 1943 model seemed to have pretty sweet sounding treble strings. As a 12-string finger picker, I find fingering bluegrass guitars very difficult. They all seem to have very high action. The difference between a finger pick setup and a factory setup is huge.

Lots of Gibson J-45's, second only to Martin.

Larrivée guitars - the finish of them seems closest to the guitars of yesteryear. Glossy, old fashioned finishes. Some of the newer guitars that Martin and Taylor put out generally don't look nice to me. I can't get over the feeling that matte finish == unfinished. It's just a matter of taste, I know. As far as I can tell, the finish has no correlation to the sound.

Electrics: yeah, there were tons. Mike went for the electrics. He carted home an old Kay single pickup. Crikes, the last time I saw one was in a pawnshop window 40 years ago.

I had my head up my ass yesterday and didn't bring my camera to the show. So in lieu of some actually informative pictures, the shot above is what the backyard looks like this morning.